iFMPC is an organization dedicated to the strengthening of community-based primary healthcare services . The vision of the institute is to promote international standard scholarship, training, education, research within the domain of primary care both in urban and rural context. The institute is currently affiliated with two urban health centers and two rural care centers. The ongoing projects include pre hospital clinical services as well as digital healthcare initiatives. Inorder to support primary care scholarship a micro grant research program has been started for primary care researchers and healthcare professionals. In order to expand the academic domain of primary care, the institute is working towards establishing various academic and publication projects.

Dr. Raman Kumar was recently featured on the cover of ‘THE LANCET’ as a global primary healthcare leader. He holds a longstanding interest in making a contribution to primary care. Dr. Kumar is the founding president of the Academy of Family Physicians of India (AFPI), an organization that is spearheading the movement for the return of trusted family doctor tradition in India. Dr. Kumar is credited with creating a large pool of young doctors eager to pursue vocation in family medicine - Primary care practice He represented all young family physicians on the executive board of the WONCA (World Organization of Family Doctors) from 2013-2016. He continues to be on the WONCA international leadership board as South Asia President. Coming from Bihar, one of the poorest states, Dr. Kumar has championed the cause of the rural population and the underprivileged section of the society. In 2018 he has successfully organized the 15th World Rural Health Conference in New Delhi. 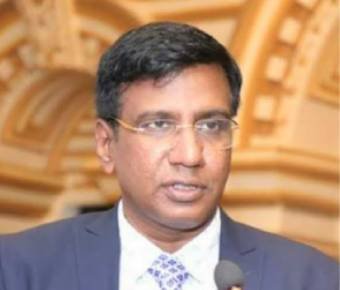 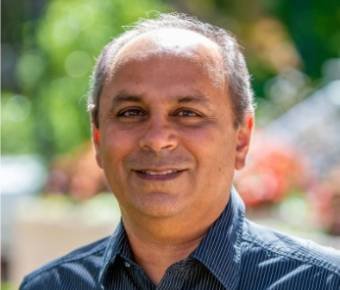 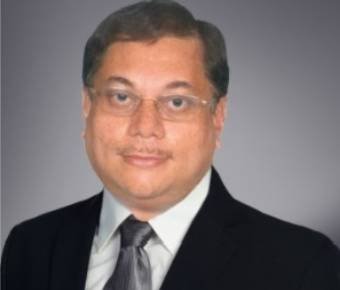 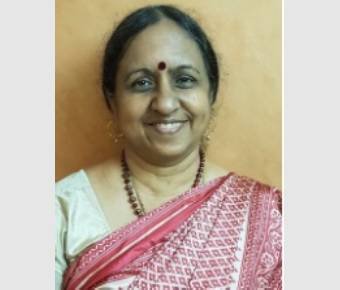 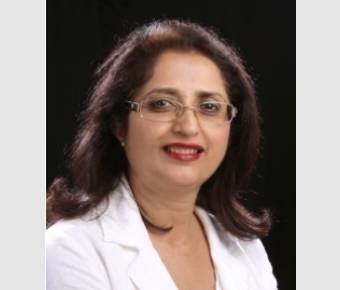 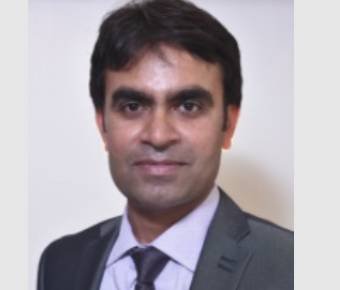 Primary Care Digital and IT

Web and It engineer 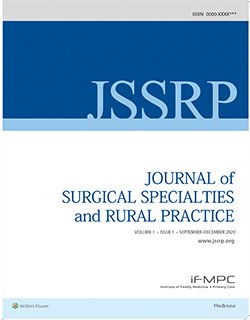 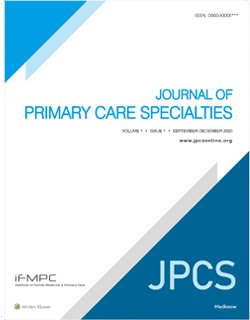 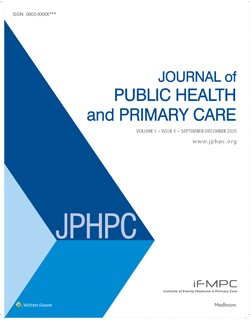 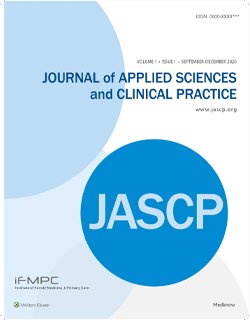 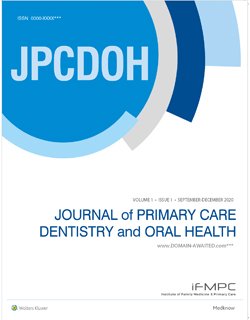 Dr. Raman Kumar was recently featured on the cover of ‘THE LANCET’ as a global primary healthcare leader (2018) and holds a longstanding interest in making a contribution to primary care. Dr. Kumar is the founding president of the Academy of Family Physicians of India (AFPI), an organization that is spearheading the movement for the return of trusted family doctor tradition in India. Dr Kumar is credited with creating a large pool of young doctors eager to pursue a vocation in family medicine - Primary care practice. He represented all young family physicians on the executive board of the WONCA (World Organization of Family Doctors) from 2013-2016. He continues to be on the WONCA international leadership board as South Asia President. Dr. Kumar has championed the cause of the rural population and the underprivileged section of the society. He was associated with the 15th World Rural Health Conference in New Delhi in the capacity of organizing chairperson. The conference successfully culminated in the adoption of the “Delhi Declaration 2018’ calling for people living in rural and isolated parts of the world to be given special priority, if nations are to achieve universal health coverage. Delhi declaration, endorsed by WHO, revisited the Alma Ata Declaration with the aim to achieve the highest possible level of health for the communities we serve, with the goal of “Health for All Rural People.” Throughout his career, he has worked at several public and private health institutions in India. Recently he has been nominated as Convener of the Specialist Board in Family Medicine discipline, at the National Board of Examinations, Ministry of Health and Family Welfare, Government of India. He has been associated with many journals in the capacity of the editor, reviewer. He also has extensively written on primary care which has been published in major national and international journals. Dr. Kumar has been conferred with several awards and recognitions which include the Healthcare Leadership Award 2012 India, Montegut Global Scholar Award 2013 by the American Board of Family Medicine, and Jyoti & Ramnik Parekh Award 2015 for Primary Care. Presently he works as a full-time clinician and family doctor at associated clinics of the Institute of Family Medicine and Primary Care. His core interests are in the complete transformation of primary care within the domains of professional development, education, training, standards, and digital and IT services.

Neil Arya is a family physician in Kitchener Ontario. He is the president of the Canadian Physicians for Research and Education in Peace (CPREP) (www.cprep.ca), Chair of the PEGASUS Global Health Conference (www.pegasusconference.ca). He is a Fellow at the Balsillie School for International Affairs. In 2018, he became a Fellow at the International Migration Research Centre and Scholar in Residence and Adjunct Professor in Health Sciences at Wilfrid Laurier University. He remains an Assistant Clinical Professor in Family Medicine at McMaster University (part-time) and an Adjunct Professor in Environment and Resource Studies at the University of Waterloo. He is a past Vice-President of International Physicians for the Prevention of Nuclear War (IPPNW), which won the 1985 Nobel Peace Prize, and of President of Physicians for Global Survival (PGS) and has written and lectured around the world about Peace through Health. He was the founding Director of the Global Health Office at Western University and has conducted research around international experiences as well as the impact of overseas electives on host communities and students. Dr. Arya continues as founder Director of the Kitchener/Waterloo Refugee Health Clinic in collaboration with the Kitchener Waterloo Reception Centre where he provides case-specific care to newcomers and those in need of specialized care and was the lead physician developing the Psychiatric Outreach Project, providing mental health for those homeless or at risk in St. John’s Kitchen in Kitchener, tasks which led to him receiving the 2009 College of Family Physicians of Canada Geeta Gupta Award for Equity and Diversity. In 2013 he was given a College of Family Physicians Canada (CFPC) Award of Excellence. In 2011 Dr. Arya received a D. Litt. (Honorary) from Wilfrid Laurier University and the mid-Career Award in International Health from the American Public Health Association.

A physician and health informatics educationist, regarded as a pioneer in spreading awareness of health informatics in India. He is an Independent Consultant for Digital Health Standards, and a global Expert, Roster for Digital Health, World Health Organization (WHO). He is a Visiting Professor: Chitkara University, Chandigarh; Goa Institute of Management; Apollo Health Education and Research Foundation; and Foundation of Healthcare Technologies Society, New Delhi. He has been a member of the Board of Governor, Health City University College of Medicine, Saint Lucia [2018-2019]. He is a Distinguished Fellow, HITLAB, and IMA Honorary Professor [2017-2020]. He is a Founder Member of HL7 FHIR Foundation. He has been the Dean (Academics and Student Affairs) and Professor (Health Informatics) in the International Institute of Health Management Research (IIHMR), Delhi (August 2017 to September 2018). From January 2013 till August 2017, he had been the Project Director, Centre for Health Informatics, National Health Portal, Ministry of Health and Family Welfare (MoHFW), Government of India. He is also the Founder Director of Supten Institute. Prior to that, he had a wide and varied experience in both healthcare and technology academia, in India and abroad. He has numerous international scholarly publications, including books. He has been [2015-2018] an Expert Advisor in the e-Learning Advisory Group (ELAG) of SNOMED-CT. He is a member of the Expert Committee for Implementation of Standards for Electronic Health Records, and, member of the Project Review and Steering Committee for the Indian NRC of SNOMED-CT, MoHFW. He is also a member of the Bureau of Indian Standards (BIS) for various committees like Health Informatics and Active Assisted Living. He is a Former Chairman [2013-2015] for Health Level Seven (HL7) India and a Former President of the Indian Association for Medical Informatics (IAMI) [2016]. He has been a Faculty and Fellow (2007-2009) of PSG-FAIMER Regional Institute, Coimbatore. He has received the Ashoka Changemakers Certificate of Distinction in 2017. He is also the recipient of the prestigious SSLSM Award (2000-2001) from the National Academy of Medical Sciences, India.

Mrs. Vasumathi Sriganesh is a librarian by training and has worked in two medical libraries in the 1990s.

She set up QMed Knowledge Foundation in 2007 – a TRUST registered with the Charity Commissioner Mumbai. The Foundation’s programs help everyone in the health science professions to:

QMed has conducted over 240 workshops and delivered over 440 lectures on these topics.

QMed has also created three Online courses – Information Resources & Literature Searching, Mastering PubMed, and Reference Management with Mendeley. In addition to many individuals, AIIMS Bhubaneswar, and three institutions of the Manipal group, have taken access to these courses.

She has also assisted authors of systematic reviews for in-depth literature searching and referencing.

For Mrs. Vasumathi’s work, she has been recognized and accepted as:

Dr Pall is a senior executive clinical leader with over 25 years of experience with board-level executive and trustee roles in the public and private sector in governance. She has deep international and UK experience in commissioning and providing healthcare and demonstrated an innovative problem-solving approach to difficult issues. Ahs also has national and international experience of working in partnerships with governments, commercial enterprises, and charities. She ran successfully enhanced primary care practices in the UK within the NHS and internationally with large multinational companies. She has first-hand emerging customer experiences in numerous countries and passionate about digital affordable care.

Dr Lahariya is a medical doctor, epidemiologist, public health & policy expert. Dr Lahariya has a unique blend of experience in academic, public policy, and program implementation. Starting since 2004, he has been closely worked and engaged in the design and implementation of key national and state health programs. He has worked for polio elimination, implementation of a national rural health mission, and national urban health mission, amongst other. India’s leading expert on universal health coverage and health systems strengthening, Dr Lahariya has been a member of a number of expert committees and contributed to the drafting of India’s National Health Policy 2017, NITI Aayog’s five-year strategic plan (2018-22), and design of Ayushman Bharat program in 2018. A prolific writer, he has published more than 300 articles in mainstream newspapers, magazines as well as in medical journals, contributed nearly 20 chapters, and authored a textbook. He is an external peer reviewer for 45+ national and international bio-science journals. He has received the Government of India/Indian Council of Medical Research’s (ICMR) prestigious Dr BC Srivastava Foundation Award (2012) and is the youngest Fellow ever elected to the prestigious Indian Public Health Association (IPHA) in 2016. He received the South-east Asia public health education Institutes Network (SEAPHEIN) Public health Education leadership award for the year 2019. Twitter: @DrLahariya